Sons of Confederate Veterans kicked out of the Forks Cafeteria

The local Sons of Confederate Veterans has been kicked out of Forks Cafeteria because of customer complaints about Confederate symbols visible during meetings.

The group has been meeting at the downtown Wake Forest iconic restaurant off Brooks Street for the last 28 years. The group was notified by phone Wednesday night by David Greenwell, owner of the Forks Cafeteria.

Greenwell said Friday that he understands the position of the group, but he did what is best for his business in a progressive time in history.

“The call was out of the blue. Unexpected. We were shocked and upset,” Powell said. “We have been meeting there for 28 years. We started when the restaurant was in the old Seminary cafeteria on the Seminary campus. He said he had received complaints and he didn’t want us meeting in his restaurant. His tone sounded as if he was mad at me, tense.”

Powell said his group met in a private room and disturbed no one. A Confederate battle flag was on display in the room during the meeting. Powell said it couldn’t be seen from outside of the room.

“We meet the first Thursday of every month. We have about 50 members, but we average about 25 at a meeting — young and old,” said Powell. “The owner doesn’t know what we do at our meetings. He’s hardly ever around when we are there.”

“I have never had any problem with the group at all. They were always nice and friendly,” said Greenwell. “People started to complain. There was a placard in an easel the nights of the meeting that displayed Confederate symbolism. It could be seen from the cash register station, and it upset some customers.”

Powell said Greenwell never asked him to remove the flags or signage.

“Our meetings usually feature a historical program and the speaker will sometimes bring artifacts. This has never been a problem,” said Powell.

“The Confederate Battle Flag represents hate and racism in this country, at this time. I just couldn’t have a group with that symbolism in my business anymore,” said Greenwell.

“None of us will ever eat at The Forks again, said Powell. “We have received much support in such a short time. So far about 100 people have said they will not eat there again”

Greenwell said he has learned a lot about some of his customers and people in the community since he made the decision to not allow the Sons of Confederate Veterans to meet in his business.He said he realizes he might lose customers.

“I have received calls, messages from people who say they will no longer support my business.  You never know about some people, friends, you thought, but I do now,” he said.

Powell said his group is not a hate group but a group preserving heritage and making a difference in the community.

“We have a section of US-1 for the Adopt-a-Highway program we keep clean. We participate in the Wake Forest Cemetery Walking Tour every year. We have supported the Wake Forest Purple Heart Banquet for the last five or six years with a financial donation and buying tickets to attend the event. We’re a member of the Wake Forest Community Council for the last few years, and I’m serving as treasurer this year. We support Tri-Area Ministries with donations every month,” Powell said.

The organization also marched in the Wake Forest Christmas Parade for 26 years before it was cancelled in 2019.  The parade was cancelled due to threats of protest and violence because of the same Confederate group’s intended participation.

“We are misunderstood. No one knows what history is anymore. We feel we are a victim of pure discrimination,” Powell said, adding that the group has sought legal advice. “Just about every community group in Wake Forest meets at The Forks, but now, not us. We just want to be treated like everyone else.”

Now, the group is looking for a new meeting place, but nothing had been decided.

“We have a couple of places we are looking at,” said Powell.

The next meeting is Sept. 3.

Greenwell said he was prepared for the fallout of his decision.

“I know I will lose business because of this decision,” he said,“but I needed to be progressive for the future of my business and its place in the community.” 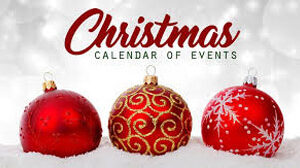 Celebrate Christmas in Wake Forest at the following events: 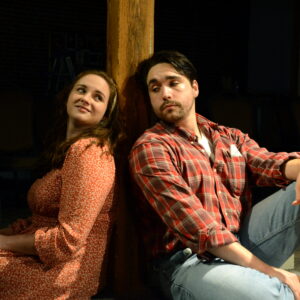 For The White Street Journal Firebox Theatre Company has partnered with the longstanding Graham Johnson Cultural Arts Endowment to call 306 S. White St. their home for their first full season. In September, Firebox Theatre Company produced their debut production consisting of two classic, American one acts Triflesand Hello, Out There above The Cotton Company in the Event Gallery. After a […] 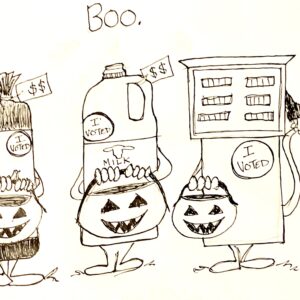