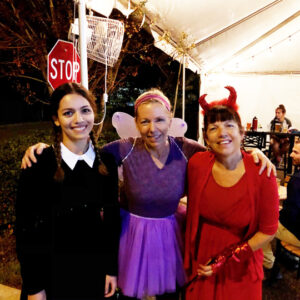 Running scary through the streets of Wake Forest

The fourth annual Post 187 Legionnaire Golf Tournament is now history. The Brevofield Links were in great shape as reported by the Tournament Directors. Calling all the participants to the Tee Boxes at the start of the tournament; we were honored to have Mayor Vivian Jones. Winning the top award for the best overall score was the […]